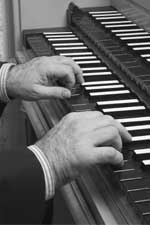 Mark Kroll has been acclaimed as one of the world’s leading harpsichordists and fortepianists whatsapp kostenlos herunterladen für handy samsung. During a career spanning more than fifty years, he has appeared as a recitalist, concerto soloist, and chamber musician on four continents, winning critical praise for his expressive playing and virtuosity omsi 2 tram for free. He has played under the batons of conductors such as Seiji Ozawa, Sir Simon Rattle, James Levine, Kurt Masur, Sir Colin Davis and Charles Dutoit, and served as harpsichordist for the Boston Symphony since 1979 apple music hörbücher herunterladen.

A leading authority on performance practice, period instruments and pianist-composers of the 19th century, Mark Kroll has written on a wide range of subjects: biographies of Johann Nepomuk Hummel and Ignaz Moscheles; a book on expressive harpsichord playing; and articles, essays and chapters on French harpsichord music, 17th-century keyboard composers and practices, contemporary music, the art of transcription, and the music of Beethoven, Avison, Couperin, Geminiani, Hummel, Moscheles and Liszt., He is currently the book review editor for Early Music America, editor-in-chief of the Historical Harpsichord Series of Pendragon Press, and editor of the Cambridge Companion to the Harpsichord spotify premium herunterladen funktioniert nicht.

A renowned and sought-after teacher, Mr. Kroll has shared his knowledge and expertise with students, colleagues and the general public worldwide as university professor and in master classes and conferences skatspiele gratis herunterladen. He is currently Professor emeritus at Boston University, where he served for 25 years as founder and chair of the Department of  Harpsichord and the Department of Historical Performance, and has been appointed visiting professor and lecturer at universities in the U.S., Europe, Asia and the Middle East apple emojis herunterladen.

Kroll was one of the three founders of the Boston Early Music Festival in 1981, and also its first program chairman herunterladen. For many decades he served as Director of the Boston University Early Music Series, which presented over 200 concerts performed by faculty and distinguished guest artists untis mobile herunterladen. He was also Director of the St. Anselm’s Chamber Music Festival and the Boston University Summer Concert Series.

Mark Kroll has been guest conductor for ensembles and orchestras throughout the United States, and has served as Artistic Director and Conductor of Opera New England issuu dokumente downloaden.